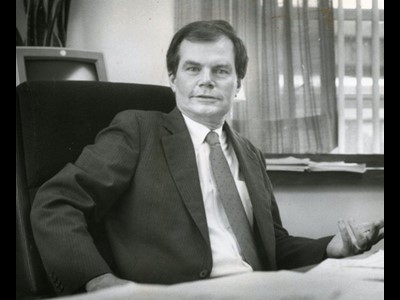 Edward J. “Ned” Loughran was known across the country as a leader dedicated to reforming the juvenile justice system. He continuously fought to keep juvenile agencies and leaders focused on rehabilitation and providing individualized, effective services that give youths the skills and abilities they need to be successful. His passing in October 2016 left a big hole in our nation’s efforts to promote positive youth development and reform punitive approaches to juvenile offending. We celebrate his life and honor his 81st birthday today with reflections on his work, passion and legacy.

“Ned was an inspiration to so many people – those of us lucky enough to work with him and the many youths under the care of the agencies where he worked,” said Kim Godfrey Lovett, Executive Director of the PbS Learning Institute who first got to know Ned as a newspaper reporter covering a story in 1993 about a youth in the custody of the Massachusetts Department of Youth Services where Ned was the commissioner. Kim left journalism to return to graduate school to study criminal justice and Ned served as her thesis advisor and Ned hired her in 1994 as the first employee of the new national organization he founded, the Council of Juvenile Correctional Administrators (CJCA). “Ned was more than an inspiration for me – he was my mentor, teacher, friend, coach. He had a good sense of humor, laughed a lot and got ‘frosted’ instead of mad. He left his ego at the door and did what was best for the greatest good. I wouldn’t be who I am today doing what I do without Ned.”

Ned’s accomplishments are numerous and his legacy continues. He served as a Vincentian priest, worked for the New York State Division for Youth, led the Massachusetts Department of Youth Services (DYS) during the years it was known as the “Massachusetts Model,” led reform initiatives for the Robert F. Kennedy Juvenile Justice Project and founded CJCA. As the first and founding executive director of CJCA, Ned created a nationally-respected organization of juvenile justice agency directors, provided them with training, resources and networking opportunities to improve their abilities as leaders and the impact of their leadership on the youths in their agencies’ care. CJCA quickly became a part of the national juvenile justice landscape when after one month of operations, was awarded a federal grant to develop performance-based standards for facilities. The project, Performance-based Standards (PbS), under Ned’s leadership went on to win the 2004 Innovations in American Government Award from the Ash Institute of Democratic Governance and Innovation at the John F. Kennedy School of Government, Harvard University, and spin-off into a new non-profit, the PbS Learning Institute, which today works with agencies in 35 states.

Akin Fadeyi, PbS Deputy Executive Director, remembers the impact Ned had on him and the field throughout the years, "Ned was very well known and respected by all in juvenile justice circles. He was a great mentor to me. I first met Ned in 1997 during his visit to the DC Youth Services Administration. He struck me as an experienced administrator widely versed in the juvenile justice system. I subsequently had interactions with him at several CJCA [now CJJA] meetings from 1999 and when he visited Philadelphia for the implementation of PbS at the detention center in 2000. My engagement with him was further cemented when I began working for CJJA in 2001 as the PbS Implementation Director. Ned was very nurturing, engaging, helpful and supportive in my growth at PbS. I fondly remember our many conversations on juvenile justice, public affairs and politics. He was always intrigued by my keen and astute pick of election winners. Our conversations also included his plans and subsequent visit to Kenya on a safari with his beloved son. Ned’s life continues to benefit many in the juvenile justice field and his legacy will live forever."

“Ned had this aura about him when he walked into a room. I remember the first time I experienced that at a CJCA business meeting. Everyone in attendance was looking forward to their chance to speak with him and learn from his experience and expertise,” said Brendan Donahue, PbS Associate Director for Data and Technology, who had the privilege of working with Ned for 10 years. “Ned would treat every phone call or email he received with the same amount of time and respect no matter who that person was. We’d take calls in our office from agency heads, journalists, state legislators, college students, youth care workers and more. No matter how young or old, he never looked at any one person as more important than the other. It’s a trait found only in great leaders and one that I admired most about him.” In and outside of work, Ned was known for being gentle and for his sense of humor. In an email, Massachusetts DYS Commissioner Peter J. Forbes said that Ned was a mentor to many, including himself and their friendship lasted for 30 years. He described Ned as very innovative and as someone who set a positive direction for the agency. He was a very hands-on agency head and took the time to get to know everyone that worked for him.

Ned was funny and a wonderful teacher by all accounts. Attorney Joshua M. Dohan, head of the Youth Advocacy Division for Massachusetts’ public defenders, credited Ned for engraining a “deeply pro-kid culture” at DYS and promoting public safety by focusing on preparing offenders for life after they were released. He described Ned as a man who did the work because he believed in it and loved it and genuinely wanted to make a difference.

Most important to Ned were his wife Maria and son Sean whom he loved deeply. He cherished his family trips to Aruba, Spain, Italy, France and Africa and loved to photograph the special memories to remember. Ned is and will always be an advocate for juvenile justice reform. He is deeply missed. 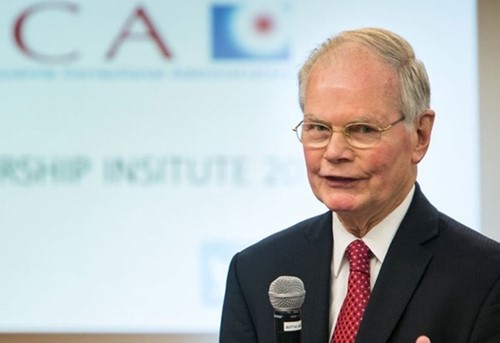 This story was written by Erika Cadena, College for Social Innovation Fellow as part of her work documenting PbS’ 25-year history.

For more about Ned: https://www.legacy.com/obituaries/bostonglobe/obituary.aspx?pid=181981544

PbS measures and monitors facility practices by collecting and reporting data from administrative records and survey responses from youths, staff and families to provide a holistic picture of the conditions and quality of life in residential facilities, highlights the practices that are effective in promoting youths’ healthy maturation and identifies those that are not. PbS data is reported every April and October.  PbS trains staff to use the information to change practices and support reforms implementing the adolescent development approach.