Lafonda Iverson had been walking through the front door of Rutherford House for more than 35 years when the coronavirus put her in the hospital, on a ventilator and made her wonder if she would ever be able to do it again.

“I was a very sick woman and I didn’t even realize I was sick,” she said recently, now about 55 percent recovered and back at work in Shreveport, LA. “It was a blessing to physically walk through that door again.”

She had been hospitalized for nine days under intensive care with not enough breath to communicate. She had underlying issues that put her at high risk. “I knew people like that just don’t make it. But it just wasn’t my time,” she said.

When she returned to work her family at Rutherford House was there to greet her, at a distance, which was hard for the self-proclaimed “huggers.” 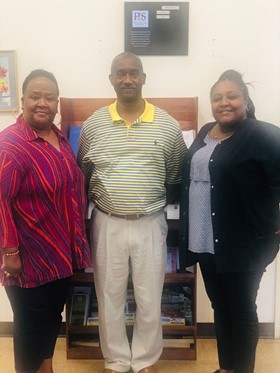 “It came on quick and sudden,” said Executive Director Ira Tieuel. “It was so rapid they were all going out and not coming in.”

One of the first to be affected was Brittny Bishop, personnel manager, who felt the symptoms the same day Tieuel announced new precautions for the youths in their care. She went home on a Friday night and felt worse the next day. Testing was not available so she put herself in quarantine and counted on her faith to keep her strong and safe. “Not knowing was a scary thing. I know some other situations where people didn’t wake up,” she said.

Iverson was struck by the virus the next week. She spent 10 days in the hospital and then a 21-day quarantine and recovery period at home. Yet both Iverson and Bishop returned to work without a second thought. “It’s all about the kids,” Iverson explained. Both women said they didn’t have time to be afraid, there was work to be done and their director, the staff and the youths needed them back. Iverson and Bishop are like Tieuel’s right and left hands at Rutherford House and they all wondered and worried about keeping operations going with both women sick and recovering from the virus. Other staff members stepped up to make sure the youths were kept safe and felt cared for.

Somehow amidst it all, they also provided the PbS data for April 2020, which they use to comply with the state Office of Juvenile Justice (OJJ) accreditation requirement. While Iverson recuperated at home, Bishop became her “fingers,” Iverson said. Bishop had the capacity, speed, ability to execute, Iverson explained, and she added “experience and seasoning.”

In cooperation with OJJ, the Rutherford House team reduced the population from 39 to 21 youths. Nine youths close to their release dates were sent home on extended passes and two were released immediately by judges. No new admissions were allowed. One of the three Rutherford House residences was closed and they were able to maintain the 6:1 ratio required by OJJ. But they also had to end home passes for the remaining youths.

“There were some disappointing moments,” Tieuel said, especially when the youths learned some would be allowed to go home but others would not. “Some understood they weren’t close to leaving and we encouraged them to call their parents more. They started to understand.” It was the phone calls with their parents that finally convinced the youths to wear their masks consistently, he said. 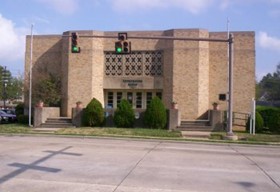 A lot of good food and use of Rutherford House’s gym helped everyone manage the stresses and challenges. The program prides itself on making sure no one goes hungry, Tieuel said, and the gym created a sense of togetherness in addition to giving youths a way to let out any negative energy. Because the youths were quarantined together, they were allowed full use of the agency’s gym, including playing basketball. In addition, counselors have been available and instrumental in helping the youths talk about their fears and frustrations. Staff were awarded bonus pay in appreciation for their dedication and caring.

The silver lining, Tieuel said, is the close relationships with his employees. He extended his open-door policy and reached out to staff to make sure they felt included, invited them to express their feelings and asked what he could do differently. When one employee told him she was afraid, he said he made sure to ask more questions to find out the specific causes and come up with solutions with her to help her feel safe. He provided $250 bonuses to everyone, which showed how much he appreciated them, Iverson said.

Used to being in communication with Iverson daily made not being able to speak to her while she was in the hospital especially difficult, Tieuel said. He heard bits of news from her niece. Finally hearing her voice on his cell phone brought relief.

“We’re like an extended family,” he said and the women agreed. “It was scary and still is a scary time. We do our best to make sure everybody is OK.”

Data Snapshot: Responding to the Pandemic - What Families Said About Their Experiences

Data Snapshot - Use of Restraints and Staff-Youth Relationships

The True Heroes are the Direct Care Staff

Responding to an Outbreak

Half as Many Youths in Detention