“We’re going to be stronger at the end of this,” Eric Meaux repeated. The director of the Maricopa County Juvenile Probation Department had faced one of the most difficult of challenges of the COVID-19 pandemic: loss of one of his staff members to the virus. 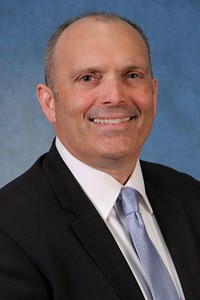 “People were emotionally impacted and they were afraid. It was scary,” she said. She described the staff member, Stephen Chatman, as having a big heart and big hugs. He worked mostly with the younger youths, talking with them about music and life, the history of jazz and even serving as a DJ for talent shows. “He had a lot of impact on the kids and the staff and now we see how resilient the staff and kids are,” she said.

The Maricopa County Probation Department operates two detention centers with a total of 550 beds for youths. Currently there are about 130 youths in custody. The facilities are located about 20 miles apart (Phoenix and Mesa, AZ) and closing one was under discussion before the pandemic. To minimize the impact and spread of the virus, one facility was closed temporarily.

Now all incoming youths came to one place for admissions screening and testing. The agency created a 14-day living unit to quarantine newly-admitted youths before they joined the rest of the youths and activities. All staff responsible for admitting new youths moved to one location, which helped ensure services were provided as staff members stayed home with symptoms or contact with COVID-19 and some from fear. One early benefit, Meaux said, was he has a strong medical team who is now more available.

One other staff member tested positive for the virus as of this writing and eight youths in contact with the staff were tested and found not to have the virus.

Meaux worked to reduce the average daily population from about 230 youths to 150 by asking probation officers to scrutinize their caseloads and asking the courts to release youths. They worked with police to call in warrants and use video calls for youths who would not be detained otherwise. 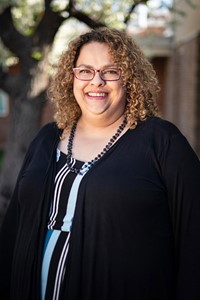 With a reduced population, youths can be together and practice social distancing. Heslin said they try to keep the youths interacting and out of their living units as much as possible. The youths have access to some video education, they go to the gym every day for low-impact recreation such as yoga and stretch and move six feet apart. They eat together, four to a large table that allows them to be six feet apart. They can phone their parents every day and video visits are being figured out. The nurses have been teaching them about meditation and breathing to reduce stress.

“Kids feel safe here. Staff care about them,” Heslin said. The agency has a communication and culture manager who supports the youths and staff and teaches staff about relationship-building, coaching, promoting positivity, teamwork, which will be so important going forward, she said.
In addition to constant, open communications about the virus and how the agency is working to prevent its spread, Meaux and Heslin said two things have been especially helpful for the staff and the youths. First, to be there in the facility with them and second, give them lots of food. “There’s so much uncertainty with it. If we’re asking them to show up and work, we need to show we’re willing to go into the facility and support them,” Meaux said.

Heslin drives around the city with her car full of cans of dry beans – one of the basic necessities the pandemic made difficult to find in Phoenix. She said staff made a list of things they needed, from toilet paper to childcare, and then they began trading and sharing. When one of her staff was worried because she was running out of diapers for her baby, Heslin asked her for the size and went to the store and bought some. “People did those things,” she said. “It shows how much they are appreciated.”

Extra food was a relatively easy and inexpensive way to show appreciation and caring. The kitchen loves feeding the staff and the youths and provided extra meals and weekend snacks. Coffee and bagel stations meant breakfast was one less thing staff had to worry about.

“We feed them now,” Meaux said with a characteristic chuckle. “It’s one thing they don’t want to stop when this is over… it’s really good food.”

Data Snapshot: Responding to the Pandemic - What Families Said About Their Experiences

Data Snapshot - Use of Restraints and Staff-Youth Relationships

The True Heroes are the Direct Care Staff

Responding to an Outbreak

Half as Many Youths in Detention