Naselle Youth Camp (NYC) has been named as a finalist in the correction category for the 2021 PbS Barbara Allen-Hagen Award for their work in reducing confinement and shifting to a culture where youths are rarely in their rooms and never sent there as punishment.

Starting in 2017 the staff at NYC decided to take on a “lingering” practice from earlier days: putting the young men in their care in their rooms as punishment for non-egregious behaviors such as acting out in school or refusing to participate in programming. Their PbS data showed that the use of room confinement and isolation at NYC was out of alignment with agency behavior intervention practices and policies, which promoted strengths-based, youth-centered care. The practice was also noticeably higher than the PbS field average for similar participating facilities. Like all reform initiatives that address well-established practices, the change required leadership, planning, communication and support.

NYC’s PbS team took a multi-pronged approach to reduce the use of room confinement and eliminate it as punishment. They realized the practice had become a deeply ingrained first response habit and it resulted in youths missing opportunities to socialize, practice community skills and further their education. The team focused on helping staff understand the negative consequences and risks of putting youths in their rooms and benefits of taking the time to better understand the strengths and struggles of the young men in their care and engaging them in programming instead. Responding to the staff concern that a “tool” was being taken away from them, NYC leadership provided staff training on alternative techniques to address acting out behaviors and build trust and respect with the youths. A new position was created ensuring that one staff member was available as needed to work with any individual who was struggling or acting out in school, giving him the time to calm down so he could return to class instead of being sent to his room. The practice of making youths eat in their rooms as punishment was also stopped to demonstrate that the change did not result in any negative consequences, in fact it promoted more positive outcomes. The team also doubled down on policy requirements limiting the use of room confinement to one per incident and increased reporting of incidents to track efforts made to avoid the use of room confinement. They also engaged staff in creating alternatives and new programming to engage the young men and coach them when they were in distress. Staff suggested and developed incentives for the youths, established new cultural programs including Native American drumming and they began to see and feel change.

The data was proof that the culture had shifted: in October 2020 NYC’s use of room confinement was below the national field average. 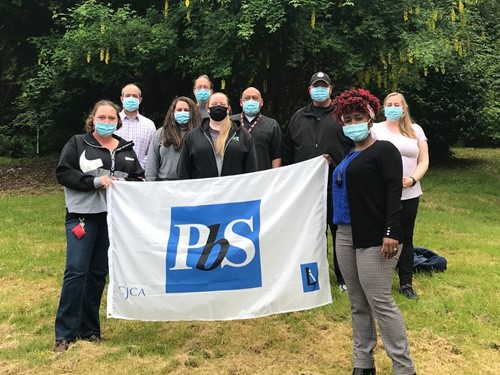 The PbS Barbara Allen-Hagen Award was established in 2007 to honor Barbara Allen-Hagen and her retirement from the Office of Juvenile Justice and Delinquency Prevention (OJJDP). Her dedication to improving the quality of life in facilities has helped drive PbS to its current success. The award is given to a correction, detention/assessment and community program who best exemplify PbS’ commitment to treating all youths as one of our own by developing and implementing strategic plans to change practices that results in positive outcomes for youths, staff and families.