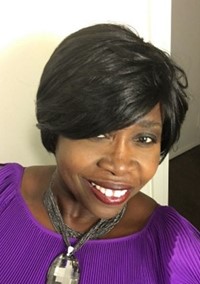 Gail D. Mumford is a senior associate in the Juvenile Justice Strategy Group at the Annie E. Casey Foundation, a role she has held since 2006. When she arrived, the foundation’s Juvenile Detention Alternative Initiative (JDAI) was in approximately 16 states and the District of Columbia. JDAI now spans 40 states, the District of Columbia and five Native American Tribes. Her work at the foundation is just the most recent evidence of her passion and commitment to make a difference in reforming the systems of justice for children.

Growing up as the fifth of five girls in a single parent home in rural North Carolina, Gail’s passion for hard work and helping people started at an early age.

I’m from the south where tobacco is king. My first job was working in the tobacco fields, picking up leaves, looping, cropping and harvesting. The rows were long, the days were hot, we worked from sunup to sundown. And, we found time for fun in those fields. My early education was in the segregated south’s school system. After graduating from college in 1982 with academic degrees in Psychology, Religion and Philosophy ― and desperate to move out of the south ― I accepted a 10-week ministerial internship in Kansas City, Missouri with the First Christian Church, Disciples of Christ Together Center. While my aspirations for ministry did not unfold in the manner I imagined, Kansas City became my second home, and it was there I found love and my life’s purpose. 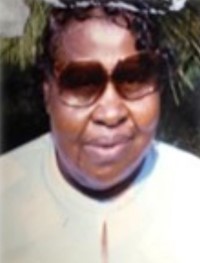 Her grandma was a powerful force and influence in her life, leaving her with a legacy to give meaning to her life’s work.

Growing up, I shared a bedroom with my grandma, Alberta King-Holmes. She was a powerful woman, the anchor of our family ― everybody knew and respected Ms. Alberta. She was firm and focused; I thought she was mean.

My grandmother attended Kinston Teacher’s College however, the demands of family caused her to withdraw. Though she never formally taught she was a master instructor. With piercing eyes, she’d say, “Gail, sign everything with your name and your name ought to mean something.” My teenage brain was clueless, but the message stuck with me. I think about my grandmother often, namely the impact of her being the oldest, losing her parents at an early age, raising her siblings, working the farm and later marrying my grandfather, entering teacher’s college and birthing 13 children ― all in the segregated south. I’ve always wanted my name to be more than just a name, I wanted my name to reflect dependability, support, hope, wisdom and fierce determination, that’s the Holmes mantra.

A young woman, a long way from home in Kansas City, the beginnings of Gail’s 38-year career in juvenile justice were grounded in her determination, perseverance and fearlessness to try.

As a young child, I planned to be a psychologist when I grew up. However, my plan, my purse and life’s plan for me did not align. I loved Kansas City and at the end of the internship, I needed to land a job where I could use my college degree ― order filling at Montgomery Ward was simply not cutting it. Little did I know the brief internship at First Christian Church and Together Center would set the course for my career in juvenile justice. After taking multiple exams for state jobs, in April 1983 I received a call for an interview with the Department of Youth Services (DYS). Mr. Don Albright ― the minister at First Christian Church was also the Family Therapist at the juvenile court. He wrote me a brief letter of recommendation. It provided an introduction and simply stated, “Gail works well in crisis.”

I was 21 years old, a long way from home and the last person to be interviewed that day. The staff member who greeted me said: “They’ve been interviewing all day, I’m sure they’ve hired someone.” As I waited, I thought about what the interviewers must be experiencing after a full day of interviews. Figuring they were likely exhausted and maybe they needed a laugh, I did my best to answer their questions, get them to know me and make them smile. Two weeks later, I was hired as a youth specialist at that very group home making a whopping $983 dollars a month. There were 10 boys in the group home and this little lady from North Carolina invited them on a journey to discover the greatness in them ― that beginning translated into more than a career, it was purpose.

A pivotal moment in Gail’s life was taking on the role as DYS regional administrator.

After 16 years as the DYS regional administrator, Gayle Hobbs was preparing for a new opportunity. She supported and invited me to apply for the job she was leaving. I was honored and nervous; she was a great leader. At the time, and as a woman of color, I was comfortable, happy and successfully managing a 30-bed residential program for boys. I was offered the position and accepted; suddenly I was leading the second largest region in the state, which encompassed 28 counties, 11 judicial circuits, five residential programs, one Day Treatment Center and approximately 300 employees. Some of the long-standing staff stayed but most of the main leaders went to work at Gayle’s new assignment and there were four key vacancies in the regional office. One of the key staff informed me she was leaving because “she did not associate her name with a sinking ship.” That hurt, deeply. I was very young, talented ― but young. I do not recall what I said to her, but I do know what I said to myself. I told myself I was not going to fail. Expectations were high, and it was hard to follow success, it was like trying to dunk like Mike, serve like Serena, open like Johnny. I determined in my heart, I would be excellent in my contribution, the best at doing what I could do, and I would bring along others to give their best ― the ship would sail! It did not sink; my region was one of the first to implement what is now nationally acclaimed as a model approach to youth corrections. While I give the space and respect to allow others their opinions, I refuse to be defined by what others think. I will never forget that day and that decision.

Gail leaves us with her favorite quote, a biblical passage about wisdom: Proverbs 3:15-18

She is more precious than rubies, and all the things you may desire cannot compare with her. Length of days are in her right hand, in her left-hand riches and honor. Her ways are ways of pleasantness, and all her paths are peace. She is a tree of life to those who take hold of her, and happy are all who retain her.

This passage guides my life. It’s great to be smart but also important to be wise enough to know when smarts matter.

Young people are hurting, communities are suffering, families are struggling; I want to be wise enough to know when to act and when to walk alongside people as they find their path. I am not the answer, but I can ask the questions. I alone, am not able to repair all that requires mending in the juvenile justice system, but I can fight for justice alongside countless others ― because kids deserve the best.

When I am old and gray, I will be wise and wear green ― I like green. Green grows and wisdom shows.