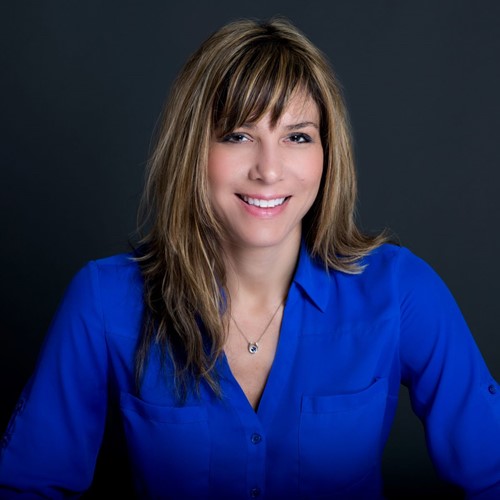 Sometimes the road you’re walking on is not the one you want to be on. Gina is helping youths across the country turn their lives around and carve out a different path.

Gina Vincent got her first real job as a dishwasher as soon as the labor laws permitted her to work at age 14 ― before that she was paid under the table. Born and raised in Wasilla, a small town in Alaska, she has always worked. “I went on to waitress my way through college at a glorious establishment (Denny’s) and continued waitressing until my last two years of college.”

Her parents were real estate agents and had a family business that they’d hoped Gina and her brother would join. But instead: “We ‘rebelled’ and became the first ― and until very recently the only people ― in our extended family to acquire doctorate degrees.” She knew that she wanted to help youths in trouble with the law since she was 18 years old. “I grew up in a rural environment where there was not much to do, no city police, and consequently, many of my friends and I engaged in some behaviors that could be considered to be delinquent.” At the time, she deemed the behavior as normal and thought: “We would all just stop behaving badly when high school was over.” However, many of her friends carried this behavior well into their adulthood, some facing relatively serious consequences. It made her question why she had ended up on a different course. “At the time, I did not understand why we ended up on such different paths, but I felt like something probably could have been done sooner to prevent them from going down the path that landed them in the justice system.” She also felt strongly that youths were misunderstood by the systems that were supposed to support them. “There seemed to be some strange expectations that teenagers should simply behave and think like adults.”

Reflecting back, Gina recognizes she had several factors on her side that helped her determine a better path. “I believe maintaining employment since age 14 helped build my character, taught me responsibility and led to development of some strong time management and organizational skills. Also, believe it or not, my time as a waitress taught me how to interface with the public.” Persistence is also important. “My advice is to never give up. Sometimes we may need to shift our goals a bit, or shift the path we take to get there, but getting there takes tenacity.” That and “striving for progress, not perfection,” because changing your path requires moving forward.

Her quest to find out why she ended up on a different path to many of her friends took Gina to Canada, where she earned her Doctor of Philosophy (PhD) at Simon Fraser University in British Columbia in the Forensic Psychology and Law program. “It was an amazing experience to live in Vancouver and become entrenched in the Canadian culture and politics, which greatly influenced the direction I took in my career.” There she learned about the social psychology and forensic psychology disciplines, and how the law impacts behavior. She says, “I got a strong sense that conducting applied research could be an effective method for working with and shaping the legal system to result in better outcomes for youth who start engaging in delinquent behavior.”

Shortly before she finished her degree, Gina moved to Massachusetts to take up her dream job working with ― and being mentored by ― Thomas Grisso, PhD, who she considers to be “the foremost visionary in juvenile forensic assessment and mental health screening.” It set her up for a deep interest and appreciation for developing methods to break the trajectory of those caught up in juvenile justice. “I was able to be part of a network striving for a common cause. This cause led to decreased placement rates for youth and increased diversion, among many other positive outcomes.” And she had the opportunity to work with many other influential and intellectual visionaries working for the same cause, including other inspirational women. “I was particularly inspired by Laurie Garduque, who helped bolster many of our careers and positively influenced the lives of countless youth in our country, and Marsha Levick, who has had a tremendous influence on legislation for youth and is an amazing speaker.”

Thanks to the work of Gina and other research scholars, there are evidence- and research-based practices and interventions that can change the systematic trajectories for youths. “Some of the important factors that separated my friends and I have been distilled into valid risk assessment instruments which, if used properly, can help identify who needs more versus less intervention and what kind of intervention is needed.” Over the years, Gina has worked with many juvenile justice agencies to implement these procedures and focus attention on where it is needed. “Through my implementation research, we have found when these instruments are implemented properly, nine times out of ten more youth get handled informally and I have yet to see it result in the reverse.”

Today, Gina is a full-time faculty member at the University of Massachusetts Medical School, co-directing the Law and Psychiatry Program and overseeing research focused on implementing practices, such as risk and needs assessments, in juvenile justice settings. She also runs a technical assistance center, National Youth Screening and Assessment Partners, with her mentor, Thomas Grisso, assisting juvenile justice agencies with selecting and implementing valid screening and assessment instruments to enhance their decision-making. Tools that could have helped her friends reach a different outcome. She has gotten to where she is by knowing her values. “As long as you are operating in a way that is consistent with your values, you will be successful.”

Gina Vincent is an Associate Professor and Co-Director of the Law and Psychiatry Program, University of Massachusetts Medical School; as well as President of the National Youth Screening and Assessment Partners.