Joyce Burrell: Be the Change 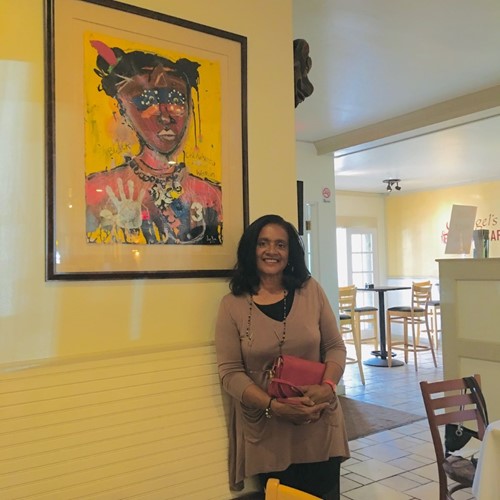 The granddaughter, niece, cousin and a friend of many teachers, Joyce understands the difference education can make, especially in the lives of young disadvantaged people. She believes in giving every child the opportunity to learn, creating the change she wishes to see in their lives.

Joyce is a fifth generation Washingtonian. She grew up with a sister and two brothers in a small neighborhood on 9th and East Capitol Street, NE, now called Capitol Hill. “My mother believed ‘an idle mind was the devil's workshop’ so she made sure we were busy. I was athletic and loved the arts; I sang in the church choir and the community children's chorus, while doing dance lessons with Martha Graham in Georgetown. I was a majorette in high school, a cheerleader in college and elected to the student government in both.”

She started her career as a teacher. She had always wanted to be one and work with children. “I was the granddaughter, niece, cousin and a friend of many teachers and I thought they were amazing human beings.” After getting married, home became her focus and with a husband in politics, many evenings and weekends were tied up with activities related to his job.

Politics has been a fixture throughout her life. “I was drawn to politics from an early age because President Eisenhower's pilot, three lobbyists and the president of the Teamsters Union lived on my block. The pilot and two of the lobbyists had children the same ages as my sister and I, and back in those days nosey kids overheard many adult conversations.” Many of those overheard conversations stemmed around politics and Joyce found it difficult to understand why her parents could not vote in presidential elections and did not have representation in Congress. Despite this, her family was still an active political family ― they headed a couple of government agencies, worked in the White House and were members of the School Board. “I remember the celebrations when the District of Columbia got the right to vote in presidential elections in 1961, just before John Kennedy became president.” When moved from an appointed City Council to an elected City Council in 1974, Joyce’s cousin ran for and won a seat in the second election. “Of course, we put flyers up all over town and in stores, churches, neighborhood pharmacies, cleaners, and any place they could think of to support her election.” 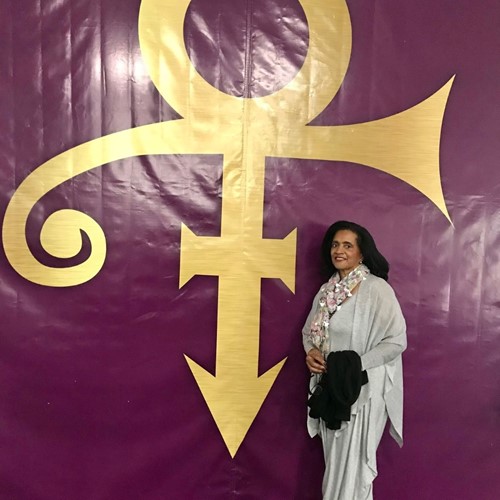 The most influential person in Joyce’s life was her father with her mother a close second. Her father made her believe she could do anything and “my mother made me do everything,” Joyce says. Her father's family was a constant source of inspiration. They were doctors, teachers, commissioners, on boards of directors and politicians and Joyce saw them frequently on family visits and periodically in the two daily papers. “My father made sure we learned about their jobs and how to pursue them. However, you couldn't pursue discovering blood plasma nor becoming an astronaut without having more resources for education than my parents could afford. I later learned I did not have light skin either; therefore, my time had not yet come.” Growing up in a family of color in pre-Civil Rights Era D.C., she came to rely on her parents’ encouragement to pursue her dreams and belief in her abilities. “They never focused on the racial issues that had blocked many opportunities for them.”

In 1988, and along with two friends and a family member, Joyce applied for a job as an instructional leader at an experimental education program at Receiving Home for Children ― the juvenile justice detention center. “What did I know about delinquency? Absolutely nothing, but I fell in love with the children in that little jail.” She gained strong appreciation for the challenges they faced in their daily lives. “They had many problems I couldn't even imagine ― the kinds of problems that make it difficult to focus on school and most of them were there because of social issues, not criminal. I could not imagine being parented by a homeless drug addict or being the child of a teen mom who dropped out of school at 16 and did not seem to value education for her 15-year-old child.” Finally, Joyce felt she had found her place. “I felt safe and like I was doing something worthwhile and pushed for additional after-school and weekend activities for the children at the facility.” She noted how the youths learned and did well with the teachers who cared about them and met their needs ― it worked. “The staff didn't love our pro-child approach, but we had support inside and outside of the facility, through the deputy superintendent of schools and with the City Council.”

There were many talented children she encountered, who inspired her with their resilience, persistence and ability to achieve anything they set their minds to. “I remember being thanked by a little 12-year old boy for teaching him to read. When I met him, he only recognized his name on a piece of paper. We learned the 220 Dolch words (one list at a time), flash cards, and read my grandmother's McGuffey readers about Dick, Jane and Spot. He was in and out of detention for more than a year and each time we picked up where he left off.”

Joyce became a strong advocate on behalf of the children in the juvenile justice system. When other DC Public Schools began to get computers, and the detention center children did not, Joyce and two colleagues set out to find out why. They were told that the kids at the Receiving Home would not be given computers because they would only break them. Not to be deterred, Joyce and her colleagues talked to other officials in city government. “We explained to them that the children should not suffer because of adults' failure to supervise.” Their persistence paid off and on the assurance that the children in the classes of less than 10 youths would be supervised, they received the computers. “These children were entitled to the same equipment that every other DC Public School student had. We also knew, like all schools, there was a budget for upgrades and repairs.” It was a turning point. From then on, they advocated for what they needed ― and usually got it. Her advocacy also helped improve teacher to child ratios and increase the number of mental health clinicians in facilities.

Currently Joyce works as a PbS coach, working with juvenile justice leaders and their teams to use data and information to measure what’s working and improve outcomes for youths in the juvenile justice system. “There are many people working in juvenile justice that don’t have any training in working with children, don’t understand the developmental milestones or recognize that a child acting out is often struggling with another issue and to hide that inadequacy they throw things, upset rooms and bring quick ends to planned programming.” She encourages teams to source and use the information that came through the door with the youths, like their assessments. “Although those assessments might not be comprehensive, the information can be used in the youth's treatment planning and help staff identify specific needs and address them.”

Her favorite quote is "be the change you want to see in the world," and Joyce is doing exactly that, one step at a time.