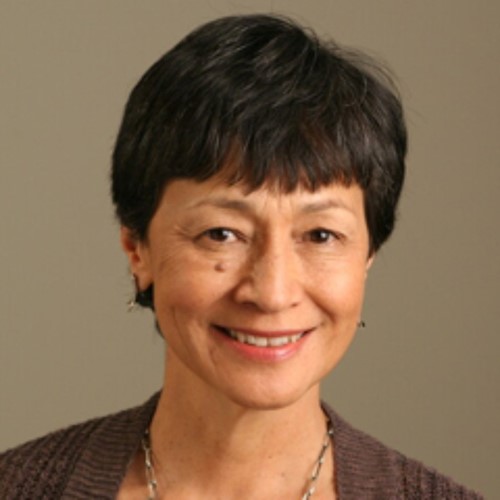 Laurie has spent her life’s work pulling together juvenile justice leaders and researchers to ensure laws, policies and practices are informed by science and data and pushing for reforms that ensure all the voices are heard at the table.

Laurie is a first generation Filipino-American, who grew up in Santa Monica, CA, in a working class, diverse neighborhood, attending public schools and completing her undergraduate and graduate degrees at the University of California, Los Angeles. Experiencing cultural and racial diversity in her youth made a lasting impression on her, which is evident in her work and approach to situations. “I think it’s important to take ‘place’ into account and not to make over generalizations with respect to people or place.” A leader in juvenile justice reform initiatives, most notably Models for Change, Laurie says change requires recognition of people and place. “We need to respect people for the knowledge that they bring to situations, to start where they are at, understand the issues that they’re dealing with from their perspective and how they make meaning of those situations.”

Laurie has been with the John D. and Catherine T. MacArthur Foundation for 30 years, working in different roles. “The research we funded through MacArthur initially focused on mental health and the law. It became evident during the "super-predator" era that the bright line between adults and young people had eroded and that we needed to look at adolescents as a special population under the law.” The work led her to focus on juvenile justice.  “We were alarmed at the number of juveniles transferred to the adult criminal court, the harsh and punitive sanctions in the juvenile justice system, and the disproportionate impact on young people of color. These measures were deeply concerning because what we knew about adolescent development indicated that they were less culpable than adults, had the capacity to change, and lacked the competency to be tried as adults.” One of the biggest turning points for her came when the U.S. Supreme Court started making decisions that underpinned the recognition that adolescents are not adults, using MacArthur’s research. “This changed how youths were sentenced ― starting with the abolishment of the juvenile death penalty (it was extraordinary to see MacArthur funded research cited in the opinion) and the elimination of life without parole for non-homicidal cases.”

While she acknowledges there have been additional significant advancements over the years in the juvenile justice field, Laurie says more could be done with respect to diversity. “At the leadership level, I’ve seen change. It is still dominated by men but the representation of people of color started to change. Having women leadership counts, but it is also important to see the change in the complexion of people around the table who have power and are making the decisions.” However, there has been less change in the overrepresentation of people of color in America’s adult and juvenile facilities. “While we’ve reduced the jail population and number of kids involved in the system, racial and ethnic disparities continue to go up. I don’t think we have confronted the systemic racism that is embedded in our institution and policies and practices ― that’s really hard.” Laurie believes the answer lies in a collaborative approach: “Young people are going to get into trouble and we are going to have to enable and empower people at the local level to become smarter with respect to how they make decisions about young people, especially people of color. It’s not just incumbent on leaders in juvenile justice or criminal justice to change the system, they have to have allies in other fields of endeavor.”

While Laurie has moved on to focus on jails and addressing the issue of mass incarceration, she believes the juvenile justice system will best move forward when adults working with young people are provided with specialized training and skills. “We need to understand how adolescents are different to adults and recognize that those in the juvenile justice field ― policy makers, practitioners, judges, probation officers, defenders and prosecutors ― require special knowledge and expertise. People need to get trained and have the credentials to work in the field.”

Her work has put her in contact with people from all over the country and many related professions with differing views. Her approach has been to be open and work as a team ― qualities that she ascribes to being a woman. “How you approach the situation and see the potential as a problem to be solved ― I think these qualities come more easily to women because of the traditional roles that they often play as caregivers, nurturers, and as a consequence I think we are more open in those situations.” She concedes, “What we have to recognize is that in order to get into positions of leadership and to exercise power, we have to be bolder and more ambitious than perhaps we are inclined to be because we value teamwork ― and there’s no ‘I’ in team as the expression goes.” However, it’s often hard to be self-promoting and it isn’t always perceived in a positive light. “Finding the balance is hard to achieve: You want to get the work done and be in a position of authority to make decisions that you believe will advance better outcomes for young people in the justice system. At the same time you know that when women are bold, ambitious and outspoken, and exhibit what we consider leadership qualities in men, that can be used against us. There’s that dance and I admire women who have managed the dance.” While the dance between fairness, equality and diversity continues, Laurie is ensuring those voices have been invited to join in.